The Ever Present Present

Posted: June 30, 2016 | Author: Fr. Irenaeus | Filed under: Etcetera | Tags: concept of time, ever present present, linear concept of time is an illusion, philosophy of time, theory of time, time is a measurement of movement |Leave a comment 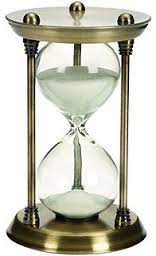 I recently overheard a conversation of a pair of elderly friends reminiscing about a wonderful experience they shared many years ago. One of the women wistfully commented, “I wish we could go back to those days.” She and her friend remained in the lobby — they were not whisked back to another year, say 1964 for example.

I come to a favorite topic of mental rumination: time. Time is simply the measurement of rate of movement of an object or objects within a defined spacial relationship. For example, a year is the measurement of the time it takes the earth to make a complete orbit around the sun. A day is only the amount of time it takes the earth to make a complete turn upon its axis. A day is broken down to 24 hours, each hour lasts 60 minutes, and each minutes lasts 60 seconds. Another measurement of time, for example, is the sprinters’ times to run the course of 100 meters. Time does not exist as an entity for us who are three dimensional creatures.

Here is a quote attributed to Albert Einstein: “The distinction between past, present, and future is only a stubbornly held illusion.” What we exist in is an ever present present. We think in terms of past, present, and future because of our experience of our movements. I play the guitar. A few days ago I came up with a great choral riff using D. I repeated it a few times thinking I got my own creation cemented in memory. I got up to do something for a few minutes, and when I returned to pick the riff back up and expand on it — part of it was gone. The masterpiece riff — as I experienced it — was now in The Past. In reality I could not keep its movement going on due to faulty memory. So, “The Past” only exists in our memory, as it existed in the memories of the two elderly friends.

We also think in a linear understanding of time as past, present, and future because of our language.  I speak, read, and write English, and I am somewhat familiar with German, French, Spanish, and I read ancient Greek quite well.  These languages all utilize, in varying ways, time-linear tenses, and I imagine most Indo-European languages have similar verb tenses that refer to this linear understanding of time.  I give a few English examples:

Our language cements the linear concept of time into our consciousness, and we expect the reality of time to conform to our language’s verbal tenses and constructions. However, not all languages have this linear form of verbal constructions. In Hebrew, though it can construct “tenses” similar to our understanding of tense, verbal tense is only an approximation that “gets lost in translation.” Ancient Hebrew verbal forms break down into two basic tenses, or better, aspects: an action is either ongoing, or it is completed (it has ceased its movement).